Sonogram Vs. Ultrasound: How Are They Different? 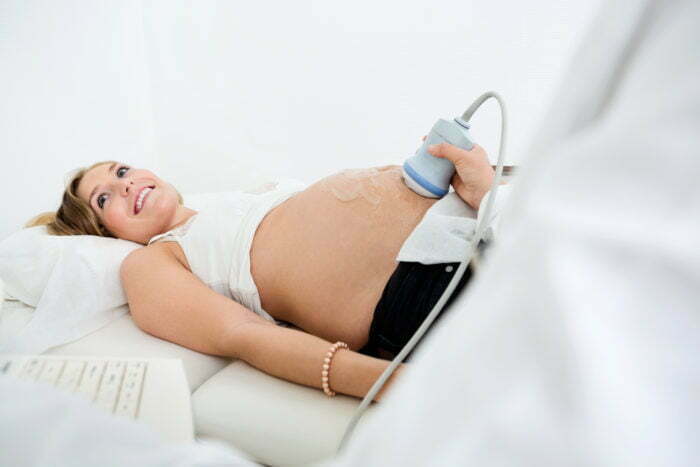 In diagnostic imaging centers, clinics, and hospitals, “sonogram” and “ultrasound” are often used interchangeably. This makes the two terms easy to confuse. In this article, I will take a look at sonogram vs ultrasound and explain their differences.

If you want to become a radiologist or sonographer, understanding the fundamental difference between sonogram and ultrasound will give you more insight into the role and how things work for patients that come in to see you.

But what do the two terms exactly mean? How are they different? And if they’re different, why are they used interchangeably?

We discuss sonogram vs ultrasound, the meaning of both of the terms, and clarify the differences between them in this post.

What is the Difference Between Ultrasound and Sonogram?

The terms ultrasound and sonogram are used interchangeably because they refer to the same diagnostic exam. The difference between them is that “ultrasound” refers to the procedure and technology used, while “sonogram” refers to the resulting images.

What is an Ultrasound?

An ultrasound is an imaging test that uses special equipment to produce images of internal parts of the body. The equipment uses high frequency sound waves to create the resulting image called a sonogram.

While many other imaging tests, such as X-rays, use radiation to help us view the parts inside the body, ultrasound tests use only sound waves to identify body parts. Similarly, submarines use this technology to locate objects underwater and bats use it to navigate in flight.

Similar to X-rays, ultrasound tests are non-invasive. Even better though, the ultrasound technology does not use radiation, making it even safer for technicians and patients alike.

The procedure’s safety is one of the key reasons for it becoming increasingly commonplace over the decades. In fact, the technique has been used to help doctors diagnose the medical condition of patients since the 1950s. Its safety also contributes to its use to study the health of growing fetuses.

How Does an Ultrasound Work?

Ultrasound waves are produced by the probe, which travel inside the body and bounce back off the organs. The probe then reads the waves that bounce back with the help of the computer to produce images of the tissues and organs.

Ultrasounds are painless — the patients only feel the probe pressing against the skin. Further, the procedure does not require much preparation, making it quick. In fact, it typically takes about 30 minutes to complete the diagnostic exam.

For the ultrasound machine to work, the ultrasound technician applies a special gel to the part of the body the physician requested to be examined. This is because sound cannot travel through the air efficiently enough for the machine to probe to work without some medium.

The gel helps the ultrasound machine produce and detect sound waves correctly by filling the tiny gaps on the skin and removing the air from them. After the gel is applied, the transducer probe will be able to send the sound waves directly into the body.

When the skin is covered with gel, the technician presses the probe against the skin in the area to be analyized. Sound waves are sent into the body, which bounce back off soft tissues and organs and are detected by the probe.

The probe works by detecting the subtlest of shifts in the pitch and the direction of the sound waves. When the probe detects the high-frequency sound waves, the machine immediately processes the information by computing specific algorithms.

The machine then displays images of the internal organs and tissues in real-time on the monitor.

When the ultrasound technician views the images of the desired region, they capture the image by either saving it on the machine or printing it out.

The images are then given to the patient’s radiologist for interpretation. Radiologists are doctors trained to analyze sonography images, and they make reports looking at the images. The findings are reported to the doctor that requested the procedure for further diagnosis and treatment.

What Is an Ultrasound Used For?

Ultrasound has several applications in medicine — the exam is used to determine the condition of the organs without performing an invasive procedure.

The procedure is also used to diagnose the medical condition of fetuses. It can effectively help doctors check the brain, spine, and hips of the unborn child. It also helps detect whether there are multiple fetuses in the womb.

Further, physicians use ultrasound imaging to observe the growth of fetuses and estimate a due date.

Echocardiograms are also ultrasound procedures, but rather than detecting blood flow, the procedure detects the heart’s condition and helps evaluate tissue damage after cardiac arrest.

Baby heart monitors or fetal dopplers use ultrasound technology to monitor the heartbeat of the baby. However, unlike other ultrasound exams, there is no visual component to these tools.

What Is a Sonogram?

The term “sonogram” refers to the image produced by carrying out an ultrasound. For this reason, pregnant mothers see their babies on ultrasound monitors and take home a printed sonogram image of their baby.

Sonography is the practice of using ultrasound equipment to make sonograms. Sonographers, hence, are the trained technologists that operate the equipment that creates sonograms.

Sonograms are black, white, and gray images that typically take training to analyze. However, the untrained eye can tell how a baby looks in a sonogram.

How Does a Sonogram Work?

Sonograms are produced by sound waves with a frequency greater than 20kHz. The technologist sends these ultrasound waves into the body using a transducer wand, and these waves bounce back from the tissues and organs inside the body.

The reflected waves travel through the transducer and into the ultrasound computer, which then processes the information to create an image. The image is visible on the monitor.

The sound waves created by the transducer wand do not bounce off water. For this reason, when the waves hit water, urine, or other liquids inside the body, the area appears black on the ultrasound machine’s monitor.

On the other hand, when the sound is reflected back from tissue, the machine transforms the information into a white or grey image, depending on the power of the reflected sound wave.

Bones and solids like kidney stones produce echos when the sound waves reach them, which is why they appear bright white on a sonogram image.

What Is a Sonogram Used For?

Doctors use these images to evaluate organs and detect infections or damage. Besides checking organ health, these images are also instrumental in assessing the health of a fetus.

How to Read a Sonogram

The most significant contrast between a sonogram vs. ultrasound is that you cannot read the ultrasound, but you can read a sonogram. As ultrasound technology has improved, sonogram images have gotten clearer.

The technology was limited to showing 2D images of inside the body only a few decades ago. Some facilities now also offer 4D ultrasound — allowing expecting mothers to see their baby move in their womb in real-time.

But they haven’t gotten any easier to interpret and are quite challenging to read.

What you need to remember is that solid white colors represent hard tissues, and gray colors represent soft tissue. The black spots in sonogram images could be amniotic fluid, water, urine, or other liquid.

You must try to orient yourself by looking at the prominent parts in the sonogram. For instance, you may be able to recognize the head or an arm of a baby in an expecting mother’s sonogram.

How Are Sonograms and Ultrasounds Similar?

The first and most apparent similarity between a sonogram vs. ultrasound is that they refer to the same diagnostic exam. Ultrasound machines and sonogram images are critical components of a useful medical exam.

Ultrasound and sonogram are beneficial to patients because they are painless, affordable, radiation-free, and non-invasive. They are also widely available and versatile, making them extremely useful.

After the diagnostic exam is complete and the sonogram is printed, the sonographer gives the images to their doctor, who checks them for abnormalities. The findings are discussed with the patient, and if necessary, the doctor may request other diagnostic exams such as CT scans or MRIs.

On the other hand, if the doctor is able to diagnose the patient’s condition with just the sonogram, the treatment is typically started immediately.