What is Brachytherapy – Definition & Degree Programs 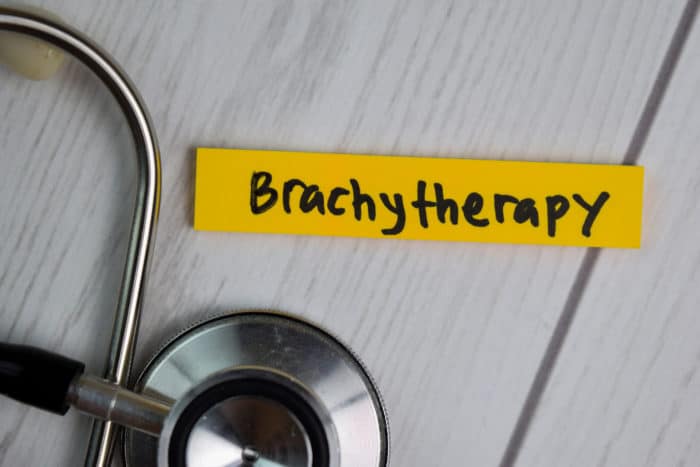 Brachytherapy is a type of radiotherapy where the radiation source is placed inside or very close to the body that requires treatment. It is usually used to treat tumors that are specific to parts of the body. It is also a popular treatment for skin, prostate, breast, and cervical cancer.

Brachytherapy began in 1901, several years after radioactivity was discovered. Pierre Curie, one of the leading scientists studying radioactivity at the time, suggested that the radiation source can be inserted into a tumor. Verified his proposal when it was discovered that radiation can make the tumor shrink. Many brachytherapy techniques developed during the early 20th century at the Institut Curie in Paris and in New York at St. Luke’s and Memorial Hospital.

The amount of radiation required depends on the body part being treated and the size of the tumor. Low doses are usually used for oral cavity cancer and prostate cancer, sarcoma, and oropharynx. High doses are often used for tumors in the breast, lung, esophagus, and cervix.

Sources of radiation used in brachytherapy is a closed non-radioactive capsule. They can be delivered manually or by using an accurate machine. Machine reduces the risk of the therapists who were exposed to radiation. After completion of treatment, brachytherapy device carefully removed from the patient. The patients usually recover more quickly from this treatment so it can even be performed on an outpatient basis.

The type of treatment used for some types of cancer and can be used in conjunction with other cancer treatments, including external radiation treatment. Form of cancer can be treated with brachytherapy are:

Side Effects of Brachytherapy

High-dose brachytherapy is usually preformed as an outpatient treatment services. This means that you will be able to go home after the procedure. During this type of treatment, the total time it will take a range of only a few minutes for about 20 minutes.

Low-dose brachytherapy radiation release during the period of time. You can be accepted into the hospital for this treatment because it can sometimes take several days to complete treatment, however, may only take a few hours, but you’ll still stay in the hospital.

Radiation can be inserted into the cavity or into body tissues. Intracavity treatment delivered through a tube placed into the body cavity through a hole such as the throat or vagina. With a network of treatment, a small device inserted into the network. This device is similar to the balloon, wiring, and small seeds that resemble grains of rice.

Once you have received brachytherapy treatment, your doctor will do tests to see how well the treatment has worked for you. This is usually done with some sort of scan. This type of scan your doctor will order depending on treatment, type of cancer, and the area being treated.

Permanent brachytherapy can be ordered. Prostate cancer is an example of a cancer that the doctor will order a permanent brachytherapy. Radioactive material is placed in the body permanently with this form of treatment. Radiation is released slowly, over a period of time. Therefore, sometimes there are restrictions placed on the patients about whom they allowed to be around. Over time, the radiation will be reduced and restrictions can be lifted.